Board Member and Senior Pilot

Richard lives in Dartmouth with his wife and 2 children. He has had many links with Dartmouth since a youngster when he used to sail into the Dart on board Provident, when she was part of the Island Cruisng Club in Salcombe.

In 1999, he joined the Merchant Navy and started working for an Oil Rig Supply and Rescue company in the North Sea. This lead to him becoming 2nd in command at the age of 21. In 2005 he moved into Sail Training, becoming Chief Officer on board, the Tall Ship Youth Trust’s Sail Training Vessel’s, “Prince William” and “Stavros S Niarchos”, travelling the world and regularly visiting Dartmouth. It was in Dartmouth that he met his wife during a voyage to Britannia Royal Naval College.

Richard has spent the past 19 years at sea, with the last 7 sailing as Master. He has mainly been working in the Offshore Sector but also spent some time as Captain on the THV Patricia, one of Trinity House’s Lighthouse Authority vessels.

Richard is currently serving as Master on the UK’s first purpose build Service Operation Vessel, supporting Operations & Maintenance within the Renewable Energy sector. He is also the Senior Pilot for the River Dart.

In his spare time, Richard is also on the crew at the RNLI Dart Lifeboat. 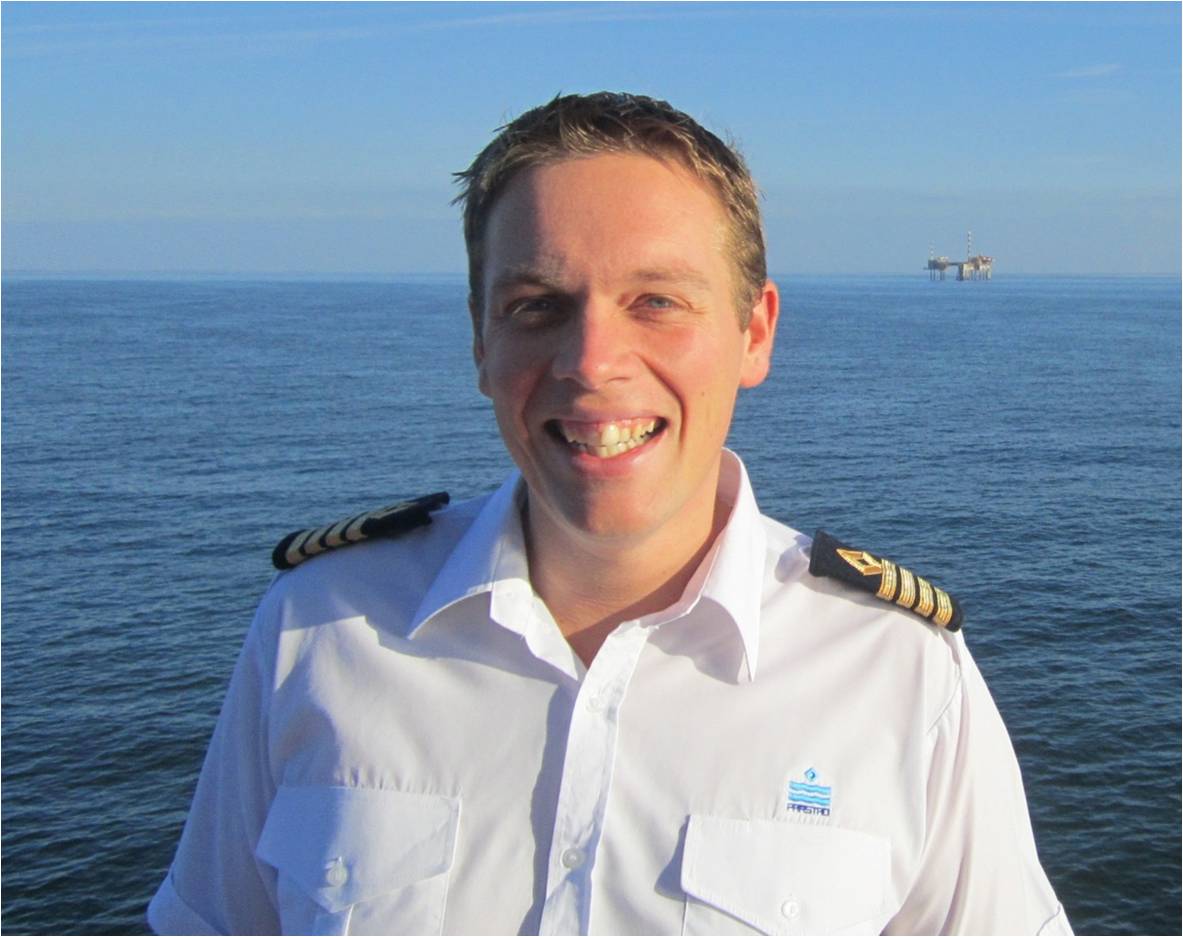